The Organizers would like to acknowledge the following organizations for their contributions: 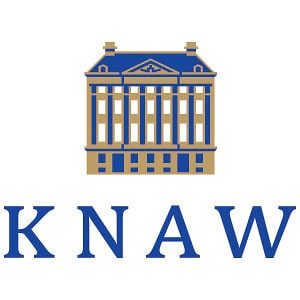 The workshop is directed at young statisticians who work in the area of shape restricted inference. Short courses on various aspects of the topic will be given. The participants will also have the opportunity to give short talks of about 25 minutes on their own research.

Non-parametric regression has been a very active topic of both applied and theoretical statistics in the past years. There are many applications ranging from medical, astronomical and geographical images to the detection of peaks in spectroscopic data. The advantage of a non-parametric approach is its flexibility which enables it to deal successfully with complex data which cannot be adequately described by a parametric model with a low dimensional parameter space. The added flexibility brings with it problems of theoretical and algorithmic complexity as well as the interpretability of the results. Practioners are often interested in whether a specific feature of the data is `really there' or whether it may simply be a random fluctuation. This requires some form of testing in infinite dimensional parameter spaces. Another problem is to go beyond a single point estimate which in this context is a single curve or image and to try and quantify the amount of variability of the estimate. In finite parametric models this is done by providing confidence regions for the parameters. The extension of this concept to non-parametric problems has still not been successfully accomplished. Traditionally the spaces of functions considered in non-parametric statistics have been defined in terms of smoothness but such assumptions are often difficult to justify. An alternative approach and one that is the main topic of the workshop is to replace such smoothness assumptions by shape restrictions such as monotonicity or convexity. Such assumptions are often easier to justify and recent research has shown in particular cases that tests can be carried out and confidence regions constructed.

Algorithms are essential for any application to real data. The theoretically optimal procedure is of little use if it cannot be calculated. Many problems in statistics have special features which allow calculations to be done much more efficiently than is possible by the use of standard algorithms. Some problems of quadratic programming can be solved with an algorithmic complexity of O(n)$against a complexity of O(n^3) for a standard algorithm. The participants will learn about progress which has been made and is still being made in the construction of fast algorithms for shape restricted analysis (Dümbgen).

In shape-constrained models, one can use general methods to define estimators of the functions of interest. Some settings will be sketched and esitmators defined. The need for efficient algorithms and asymptotic methods in this area of statistics will be motivated from these examples.
(Jongbloed)

A theoretical investigation of non-parametric procedures for a given finite sample size is impossible because of high dimensionality of the parameter space. To compare and understand the behaviour of procedures recourse must be taken to asymptotics, rates of convergence and limiting distributions. The powerful theory of empirical processes is the indispensible tool for an asymptotic analysis. The participants will learn about this theory and its applications to shape restricted inference. (Wellner).

The goal of the workshop is to bring together young statisticians who are interested in problems of shape restricted inference. They will have short courses on the three main aspects of the problem, (asymptotics, algorithms, testing and confidence bounds) given by leading international experts. The area is still relatively new and this will be the first workshop to offer a comprehensive overview of the state of the art. It can be seen as a sequel to the Oberwolfach meeting `Qualitative Assumptions and Regularization in High-Dimensional Statistics' which was held in November last year and organized by two of the speakers for the proposed workshop (Dümbgen and Wellner, Walther was a participant) but here with emphasis on the participation of young statisticians.